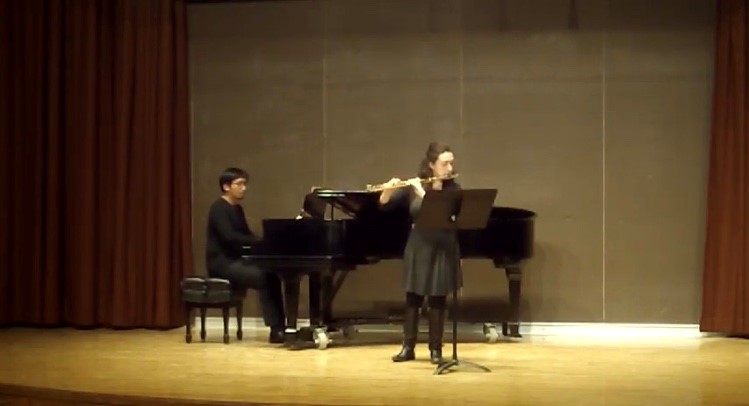 We caught up with this year’s Manilow Music Scholarship winner at Eastern Michigan University, Kayla Cieslak. Kayla will graduate in 2021 and is majoring in Flute Performance.

Kayla knew she wanted to play the flute since she was seven, but she’s a “really tiny person” so her arms weren’t long enough to hold the flute until she was ten, and she’s been unstoppable ever since!

Her mom, who is incredibly proud of her, is also a professional flute player and was her teacher all through middle and high school. They have been keeping themselves entertained during quarantine by playing some mean duets!

Throughout college, Kayla’s music has earned her several honors including a chance to play with The United States Air Force, The National Flute Association, and under the direction of Jim Walker, a flutist who can be heard playing in several famous film scores. 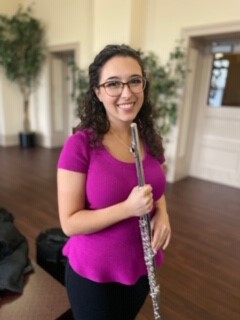 On the big night when Kayla won the competition for The Manilow Music Award Scholarship, she chose a piece called The Boem Grand Polonaise. It’s a piece she says is bubbly and high energy, just like her and allowed her to show her personality. “There are moments where you can slow down and I winked at the piano player and the whole audience laughed.”

When asked why she thinks she won, Kayla says, “I think I won because I looked like I was having fun. You can watch someone perform and if they don’t look like they’re enjoying themselves it’s hard to connect. I freaked out because there was a pianist that went before me that sounded amazing. I decided ‘whatever happens, happens’ and I think the judges and audience could feel that I wasn’t nervous and I was just having fun.”

Winning The Manilow Music Project Scholarship had a big impact on Kayla both musically and financially.

“Winning the scholarship boosted my confidence quite a bit and it made me realize that performing doesn’t have to feel like a competition. I remember that performance not being perfect but I remember having a lot of fun. It made me feel confident to not second guess myself so much.

The scholarship helped me pay for college. I don’t come from a very wealthy family. It helped tremendously to not feel like I have to live off the money I get from my work-study. It made me feel a lot more comfortable.”

Kayla is looking at grad schools to get her masters and would someday like to have a flute studio or be a flute professor at a college. She says she would like to inspire a new generation of flutists to use music as an outlet for their emotions and make the world feel more light.

Kayla has big goals, and after speaking to her, we have no doubt she’ll achieve them! Go get ’em, Kayla!