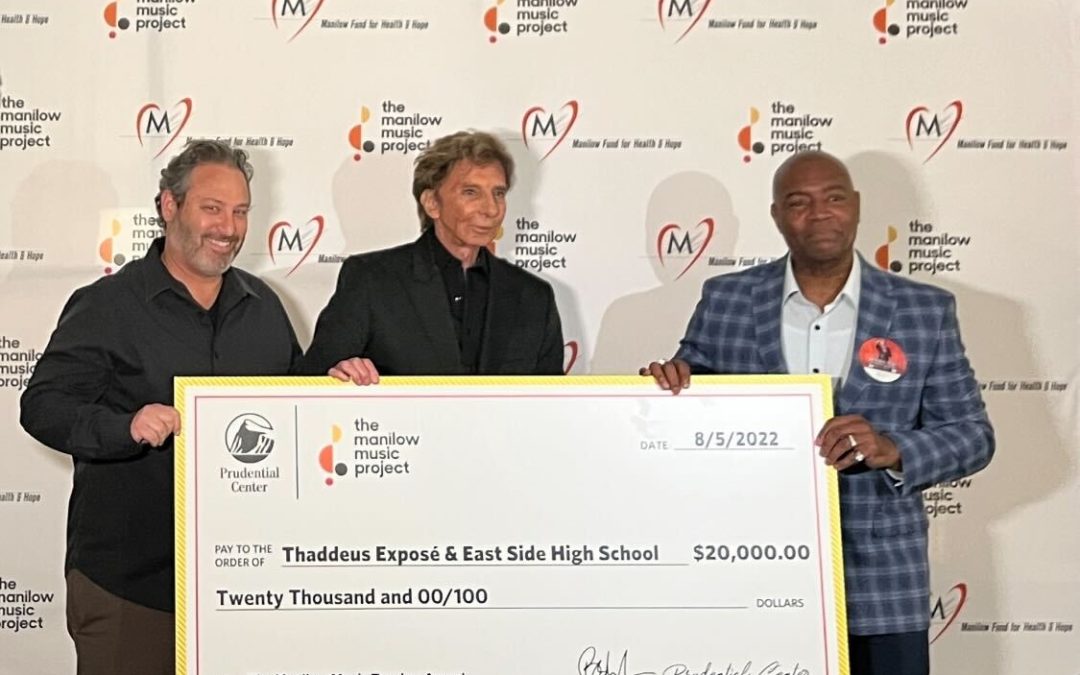 A musical icon brought his hits to New Jersey, as well as a donation for a local high school. Barry Manilow performed at the Prudential Center in Newark on Friday. He also donated $10,000 to the music department at Newark’s East Side High School. Half of the funds will go to music teacher Thaddeus Expose as part of a prize, while the rest will be used to purchase musical instruments. “I knew I was going to be in music as soon as I hit the keyboard on somebody’s piano when I was a kid. I knew it. The music was going to get me out of the slums of Brooklyn, and it gave me a whole life,” Manilow says. Manilow made Newark the second stop on his summer arena tour and at each of the cities he’s visiting, he will present a local music educator with a donation. Manilow says music opened countless doors for him, and now it can do the same for the students. “Fans, strangers who love what I do, they gave me what I have. And I’ll always be grateful to them for that. But music started the whole thing,” he says. The donation came from the Manilow Music Project. The Prudential Center also matched the amount, bringing the total donation for East Side High School to $20,000.”It’s obviously to give back to the students in the arts, to give them the opportunity to purchase instruments and that’s much needed,” says Sean Saadeh, executive vice president of entertainment at Prudential Center.” Expose was among several nominated New Jersey teachers and was selected through an online vote. (News12, New Jersey)